Ernest LEAL was born on September 5, 1960 and passed away on November 27, 2020 and is under the care of Brookside Funeral Home-Cypress Creek.

Houston Police Officer Ernest Leal, Jr enjoyed his job so much he made a 35-year career of protecting and serving the community. He was well liked and respected by his peers. As a seasoned Officer, his peers would often turn to him for guidance and with his guidance came a big smile and positive attitude. He met his wife “Dee” while working and she later honorably retired from the Houston Police Department. He continued to protect, serve, and then volunteered with his wife assisting the seniors, youth, the military, those in need. They were referred to by their peers as the “dynamic duo.” Officer Leal was a devoted man to God, country, family and friends. He courageously worked every day and on his days off to help out where needed. He was attacked by a non visible deadly Corona Virus (COVID #19) that landed him in the hospital at North Cypress Medical Center, 21214 Northwest Freeway. The HCA doctors, nurses and director Julie Hoffman cared for him as he battled this deadly virus. He fought a great fight but lost his battle on Friday, November 27, 2020. (EOW) He leaves behind to cherish his memories his loving wife, Dolores “Dee” Leal, his mother Rosa Santos Leal, his brother Marcus Leal, his brother David Leal, his sister in law Monica Leal, his nieces Meagan, Marissa, and nephew Matthew David Leal, his sister, Brenda Nicholson, brother in law Robbie Nicholson, niece Julie Nicholson, nephew Derek Nicholson. He is preceded in death by his father Ernest Leal, Sr. He also leaves behind to cherish his memories his children, his son Victor Leal, granddaughters Karissa Leal, Sienna Leal, and Jazlean Leal, his daughter Veronica Leal-Lesko and granddaughter Adeline Lesko, his daughter Vanessa Athena Schondel, grandson Jason Schondel, his daughter Virginia Sadmore and grandkids Eathen and Evan Sadmore, his daughters Christna Leal Tobias, granddaughter Audrey Ana Tobias, grandson Adrian Leal, his daughter Diane Alexander, son in law Oscar Alexander, granddaughter Liberty Alexander, grandsons Lincoln and Lorenzo Alexander. He also leaves behind numerous aunts, uncles, cousins, nieces, and nephews, his police cousins Retired Sgt. Robert Calderon, Retired Sgt. Ricardo Caulderon, Retired senior police officer Ray Calderon, and HPD Senior police officer Ruben Calderon assigned to the Kingwood Division and Sgt. Rene Calderon assigned to the IAH Bush Division. 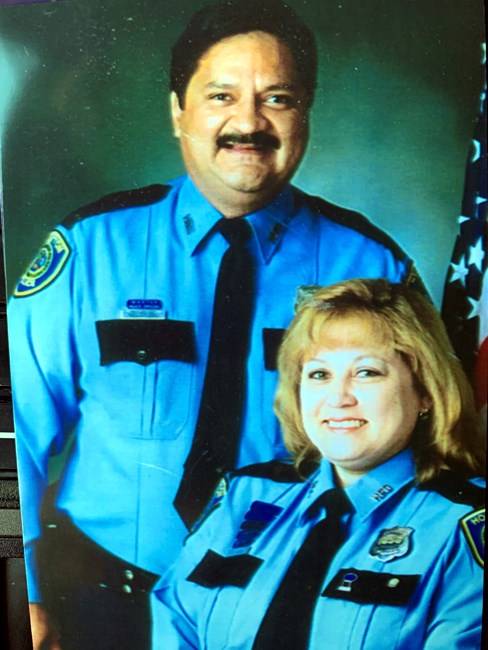 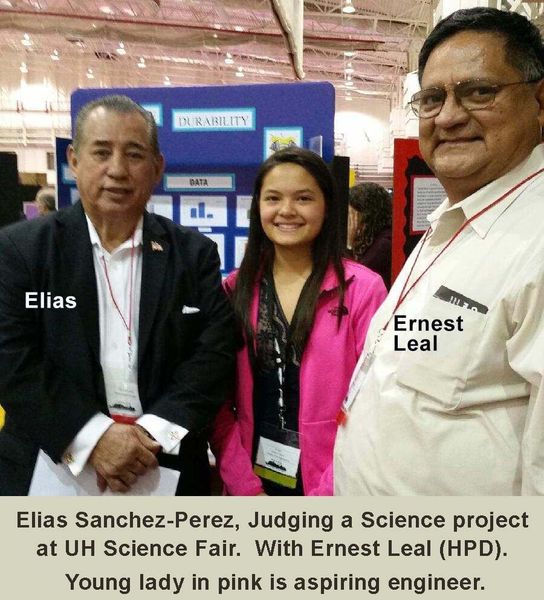