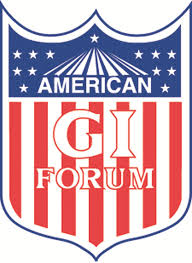 WHEREAS, the American GI Forum of the United States established in 1948 to address Mexican American veterans and their families Civil Rights issues, and

WHEREAS, the American GI Forum of the United States was Congressionally Chartered in 1998, becoming a greater voice in the halls of Congress in behalf of veterans, and

WHEREAS, the American GI Forum is committed to upholding the Constitution of the United States, including rights related to protecting the individual rights of all citizens, and

WHEREAS, The American GI Forum proudly and wholeheartedly supports our military members, and

WHEREAS, John S. McCain entered the Naval Academy in June of 1954. He served in the United States Navy until 1981, and

WHEREAS, He was the Republican Party's nominee for president in the 2008 election, and

WHEREAS, He currently serves as Chairman of the Senate Committee on Armed Services, and

WHEREAS, U.S. Senator John McCain was born August 29, 1936, and is an American hero serving as the senior United States Senator from Arizona, a seat he was first elected to in 1986, and

WHEREAS, John McCain followed his father and grandfather both four-star admirals into the U.S. Navy. He became a naval aviator and flew ground-attack aircraft from aircraft carriers. During the Vietnam War, he was almost killed in the 1967 USS Forrestall fire, and

WHEREAS, While McCain was on a bombing mission over Hanoi in October 1967, he was shot down, seriously injured, and captured by the North Vietnamese. He was a prisoner of war until 1973. McCain experienced episodes of torture and refused an out of- sequence early repatriation offer. The wounds that he sustained during war have left him with lifelong physical disabilities. He retired from the Navy as a captain in 1981 and moved to Arizona, where he entered politics, and

WHEREAS, While generally adhering to conservative principles, McCain at times has had a media reputation as a "maverick" for his willingness to disagree with his party on certain issues .. He is also known for his work in the 1990's to restore diplomatic relations with Vietnam, and for his belief that the Iraq War should have been fought to a successful conclusion. McCain has chaired the Senate Commerce Committee, and he opposed pork barrel spending. He was a member of the bipartisan group known as the Gang of 14 who played a key role in alleviating a crisis over judicial nominations, and

WHEREAS, In July 2017, he was diagnosed with brain cancer; since the diagnosis he has taken a reduced role in the Senate, and

WHEREAS, John McCain is a Veteran American Hero who has dedicated his life to promoting partisan issues to put country before party, and

RESOLVED; The American GI Forum meeting held on July 27, 2018 passed this resolution to acknowledge its appreciative for his contributions and long dedication to public service, for veterans and for the United States of America. Thank you for your service and may the Almighty keep you always in his Good Graces.

RESOLVED, This resolution be forwarded to Senator John McCain's office and any other interested parties.