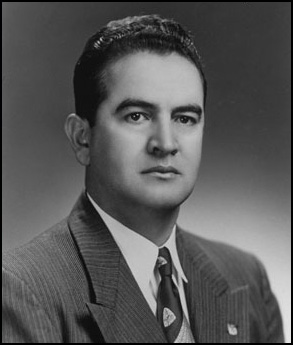 History of the American GI Forum

The American GI Forum (AGIF) was founded on March 26,1948 in Corpus Christi, Texas by Dr. Hector Perez Garcia, an Army veteran medical doctor. Dr. Garcia returned from World War II proud of his accomplishments and eager to participate in the American Dream. To his dismay, he witnessed and experienced what Hispanic servicemen across the country were encountering in the pursuit of the American Dream—Deeply rooted prejudice. With nothing more than his determination to overcome these injustices, he successfully formed the American GI Forum, a formidable and patriotic organization. Through it, he helped break down many of the barriers all Hispanic Americans faced in a country that embraced the principles of freedom and justice, but only offered them to a select few.

His leadership and his work led to several high-level appointments by U.S. Presidents including an Ambassadorship to the United Nations. On March 26, 1984, President Ronald Reagan awarded him the nation's highest civilian medal, the Presidential Medal of Freedom. It was an honor worthy of a man who knows very keenly the meaning of freedom.

Dr. Hector P. Garcia passed away on July 26, 1996, but many reminders of his legacy exist for future generations to remember his work. A statue of Dr. Hector P. Garcia stands on the campus at Texas A&M, Corpus Christi, in a plaza named in his honor. It was unveiled a few weeks before his death. Many schools, post offices, government buildings and libraries throughout the state and country bear his name. Most recently a National Guard Armory was re-named in his honor. Every 10 years, since 1948 the National Convention of the American GI Forum convenes and is hosted by the Hector P. Garcia Chapter of Corpus Christi, Texas, the first chapter and the birthplace of the American GI Forum of Texas and of the United States.

Texas Insider Report: WASHINGTON, DC – This month marks 64 years since a young, bold & compassionate Army veteran and physician set out to ensure that veterans received equal benefits and care regardless of their race or ethnicity. On March 26, 1948, Dr. Hector P. Garcia was joined by more than 700 fellow Mexican-American veterans in forming the American GI Forum in Corpus Christi, Texas.

Garcia, then 34, had attained the rank of major in the Army Medical Corps for his service in World War II. He was born in Mexico and brought as a young boy to Mercedes, Texas, in 1917, as his parents fled the Mexican Revolution.

He proved to be an able student, graduating from the University of Texas Medical School in 1940. He later joined the U.S. Army, serving as an infantryman, a combat engineer and a medical doctor during World War II. His distinguished service earned him the Bronze Star and six battle stars in Italy.

Upon returning from the war to Corpus Christi, Garcia began working with the Veterans Administration. He was disappointed when he noticed a disturbing trend: many of his fellow Mexican-American veterans were not receiving proper medical treatment and educational benefits. “I had to learn the Constitution to become a citizen,” Garcia said. “I knew all the rights, all the things that it gave us.”

Many of the Mexican-Americans who served in World War II served not as officers, but as enlisted infantrymen and gunboat attendants on the front lines of battle. They made great sacrifices and shared a strong sense of accomplishment, noted by historian Henry Ramos: “These were highly courageous individuals who fought with fervor and conviction for the nation they represented.”

However, many returning Mexican-American service members met long delays and general neglect when they sought the educational, financial and health benefits promised to them under the GI Bill. In Texas, the rate of receipt of VA checks for Mexican-Americans was typically six to eight months longer than their fellow veterans.

Delays marked their applications for formal schooling, often preventing them from registering for school on time, and health care needs were being neglected. In Corpus Christi, which was predominantly Hispanic, the city-county health unit had classified 34 percent of the area’s family dwelling units as substandard in 1948. The death rate from tuberculosis was nearly twice the average for the state of Texas.

Prompted by these hardships, Garcia called together a meeting of more than 700 Mexican-American veterans to determine a course of action. On March 26, 1948, Garcia founded the American GI Forum to push for equal treatment. The name intentionally excluded any direct ethnic identification in order to emphasize the equality of all veterans, regardless of race or ethnicity.

A year later, the GI Forum and Garcia were catapulted into national prominence by what became known as the “Felix Longoria Affair.” Felix Longoria, from Three Rivers, Texas, was a soldier killed by a Japanese sniper in the Philippines during World War II. He was originally interred there, but in 1949, his widow decided to move his body home. The funeral director, however, declared she could not hold a wake in the town’s sole funeral chapel because the dead man was a Mexican-American.

Garcia contacted then-U.S. Sen. Lyndon Johnson, who arranged a burial for Longoria with full military honors at Arlington National Cemetery, with Garcia and the news media in attendance.

Afterwards, Garcia and the GI Forum became a forceful advocate and publicist for equal rights. Garcia was known to accomplish most of his best work quietly. Judge James deAnda recalled accompanying the doctor to an abandoned railroad boxcar to treat a dying grandfather. “He took care of the man, and we would go in other homes that were just about as humble,” deAnda said. “The people obviously had no means of paying or even getting to his office. He would see all these people and administer to them. They had just absolute faith in the man.”

At President Johnson’s nomination, Garcia became the first Mexican-American to serve as an ambassador to the United Nations. He was also the first Hispanic on the U.S. Commission on Civil Rights. Before he died in 1996, Garcia received dozens of additional awards and honors.

In 1984, President Ronald Reagan bestowed upon Garcia the Presidential Medal of Freedom. “That was the highlight of his life,” recalled Garcia’s daughter, Cecilia Akers. “He wore that medal everywhere he went.”

Several years ago, I was proud to have a hand in adding the names of two Texas civil rights pioneers, including Garcia, to the official title of the Voting Rights Act. This amended title was signed into law by President Bush in 2008, and I was humbled to present an engraved copy of the bill to Hector Garcia’s widow, Wanda.

In military service, in medicine, and in the civil rights movement, Dr. Garcia answered the call of duty at every opportunity and made a positive difference in the lives of millions of Americans. His story reminds us all that progress in our society is often made possible by the devotion of selfless men and women, who give and sacrifice for greater principles.

Resolution Commends the Mission of Garcia and the Forum to End Discrimination of U.S. Veterans

“On March 26, 1948,  a young, bold and compassionate Army veteran was joined by more than 700 fellow Mexican-American veterans in forming the American GI Forum in Corpus Christi to ensure that all veterans received equal benefits regardless of their race or ethnicity.

“Garcia had witnessed too many fellow Hispanic veterans facing delays and neglect when seeking the educational, financial and health benefits promised to them under the GI Bill, and he took action to put an end to this discrimination.

“In military service, in medicine, and in the civil rights movement, Dr. Garcia answered the call of duty at every opportunity and made a positive difference in the lives of millions of Americans. His story reminds us all that with enough dedication, each of us can make progress in our society if we are willing to step forward and act with conviction.”

The text of Sen. Cornyn’s resolution is as follows:

Whereas millions of Hispanic veterans returning home from World War II were segregated from other veterans groups and wrongfully denied services by the United States Department of Veterans Affairs;

Whereas in response to such inequities, Hector P. Garcia, a United States Army veteran and physician from Corpus Christi, Texas, founded the American GI Forum (AGIF) on March 26, 1948;

Whereas the motto of AGIF is ‘‘Education is our Freedom and Freedom Should be Everybody’s Business’’;

Whereas the flagship Veterans Service Center of the AGIF National Veterans Outreach Program is based in San Antonio, Texas, and provides a ‘‘continuum of care’’ to veterans in need, including employment training, counseling, and a homeless veterans reintegration program;

Whereas the AGIF Residential Center for Homeless Veterans has 80 transitional beds and 60 single-room apartments dedicated to the needs of our Nation’s homeless veterans;

Whereas AGIF is now the largest Federally-chartered Hispanic veterans organization in the United States, with chapters in 40 States and Puerto Rico; and

Whereas AGIF continues to be a beacon of hope and an avenue for community involvement for returning veterans:

Now, therefore, be it

Resolved, That the Senate—

1.    Supports and commends the mission, goals, and ideals of the American GI Forum and its members; and

2.    Encourages others to join with the American GI Forum to ensure that veterans are never again denied the benefits they have earned through their service.